5000 YEARS IN THE SHADOW OF THE ARARAT

We invite you to an eventful journey to the oldest Christian country in the world - Armenia. Our tour takes us from the capital Yerevan, in the east of the country, to Lake Sevan - the Blue Pearl of Armenia. We will show you unique cultural monuments with breathtaking landscapes, as well as centuries-old temples with a view of the Ararat. In Addition, we will learn about traditional Armenian dances and take part in a cooking class, where all the secrets of Armenian cuisine will be revealed to us.
Tour-Code: ARM01

9 days/ 8 nights
Including the day of arrival and departure

Features
The most beautiful places in Armenia: Dilijan, Lake Sevan as well as Tatev and the Khor Virap monastery! Cooking classes as well as dance classes, wine and brandy tasting!

(International flights are not included. Follow the link here to book your flight.) 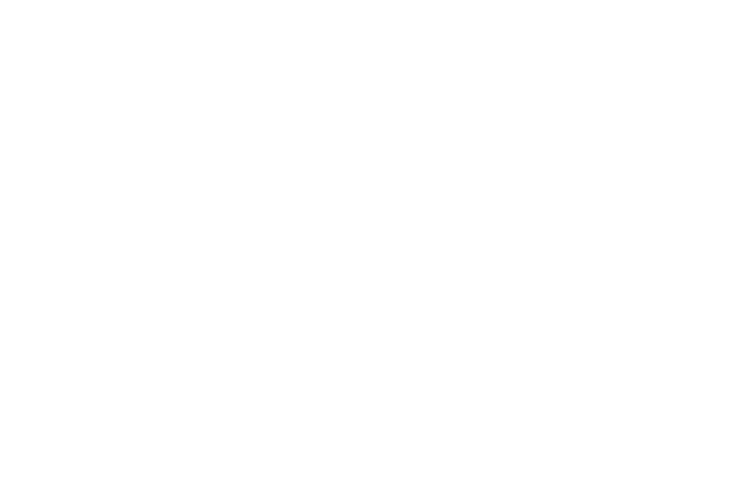 Arrival and transfer to the hotel
Your driver will meet you at the airport in Yerevan and escort you to your hotel.

Overnight in hotel in Yerevan
1st highlight: Visit to the Historical Museum of Armenia
The museum was founded in 1919 and is now considered the research center for Armenia's culture and history. Its collection includes around 400,000 objects, including some unique archaeological, numismatic and ethnographic specimens. The oldest of these date back to the Paleolithic Age.

2nd highlight: walk through the Yerevan Cascade
The Yerevan Cascade is considered to be the beating heart of the city. Young people meet here to drink, there are open-air concerts and you have a fantastic view of the city's panorama. The monument itself is built in the shape of a staircase-like pyramid (as known from the Mayan temples) and is 118 m high. There are still numerous modern works of art in front of the object.

3rd highlight: tasting workshop at the Ararat Brandy Company
In the evening we will drive towards the Yerevan Ararat Brandy Company and actively participate in a tasting workshop with an expert. We are introduced to the cognac elixir and discover the unmistakable aromas, properties, vintages and blends of the high-quality brandies. We end this eventful day with a delicious dinner to the music of local folklore.

Overnight in Yerevan
1st highlight: Drive to Etchmiadzin Cathedral
The cathedral is located about 20 km west of Yerevan and represents the religious center of the country. It was built in 303 AD and is therefore the oldest Christian monument in the country. At the same time, Christianity was also declared the state religion. Today, in addition to the Museum of the Holy Relics, it also houses the residence of the Catholicos.

2nd highlight: visit to Zvartnots Cathedral
This ruin was built in the shape of a cathedral and a palace in the middle of the 7th century and is dedicated to Saint Gregory. The palace was dedicated to the former King of Armenia Nerses the 3rd, who ruled from 641 to 662.

3rd highlight: dance class
The traditional Armenian dances continue to be an important expression of the Armenian soul today. Accompanied by traditional music, we learn the basic steps of the most famous dances together.

Overnight in Yerevan
1st highlight: Drive to Dilijan
This fantastic city is also known as "Armenian Switzerland". Armenians say: "If paradise had mountains, forests and mineral springs, it would be Dilijan!" The resort town is located in the heart of a nature reserve and is considered one of the most intellectual corners of Armenia. We stroll along their museum street and enjoy the cute wooden buildings with their carved ornaments.

2nd highlight: Cooking class in Dilijan
In the evening we take part in a cooking class. An experienced chef teaches us all the secrets of Armenian cuisine and cooks a fantastic dinner with us.

3rd highlight: Evening at Lake Sevan - the blue pearl of Armenia
After dinner we drive towards Lake Sevan - one of the highest mountain lakes in the world (1,900 m above sea level). The magnificent lake is surrounded by breathtaking nature, idyllic sandy beaches and a multitude of historical monasteries, of which we visit the Sevanawank Monastery and enjoy the picturesque view of the mountains from there.

Overnight at the Lavash Hotel on the shores of Lake Sevan
1st highlight: Drive over the Selim Pass
Our journey continues east over the Selim Pass (2,400 m). From here we have a fantastic view of the gorges and mountains of the region.

3rd highlight: Visit to the Zorakhar burial ground
There are around 30 chamber graves, some of them very large, as well as the remains of the walls of a long-forgotten settlement. Lots of legends and rumors revolve around this place. The reason: To this day, scientists are still unsure of the purpose of the ocean of tombs.

Overnight in the town of Goris
1st highlight: Ride on the "Wings of Tatev"
In the morning, a spectacular ride on the world's longest cable car (5,750 m long) "Wings of Tatev" is planned. It takes us over 2 mountain peaks and up to the 500 m deep Vorotan Gorge to the beautiful monastery of Tatev.

3rd highlight: walk through the cave city of Khndzoresk
In the afternoon, we continue to the picturesque cave town of Khndzoresk. The bizarre rock formations and numerous caves form the houses of the old city, which was still inhabited until the middle of the 20th century. In addition, we descend to the swinging bridge, cross it and walk across the Khndzoresk Cañon.

Overnight in Goris
1st highlight: Excursion to Noravank Monastery including lunch
The picturesquely situated Noravank Monastery lies at the end of the reddish shimmering cliffs of a gorge and is adorned with sculptures and reliefs. We stay in this magical place for lunch.

3rd highlight: wine tasting
Afterwards a wine tasting is set up at the Tuszorhpa Winery. The fantastic natural wines are paired with a delicious Armenian lavash and cheese platter so that we can taste the true flavors of Armenia.

2nd highlight: Excursion to the Ionian Garni temple
Garni was the summer residence of the Armenian kings at the time and is best known today for its Ionian temple. The temple dates back to the Hellenistic period and was built in the 1st century by King Tiridates on the edge of a deep basalt gorge. From here we go on a great hike to the impressive basalt rock formations of the Garni Gorge.

3rd highlight: cooking class
We are invited to lunch with a farmer. Here we learn how to bake traditional Armenian bread in the tonir.

4th highlight: farewell dinner
In the evening a delicious dinner is set up in a local restaurant in Yerevan with a folklore program.

See you on a new journey!
8 x Overnight stays in 4 * and boutique hotels
8 x Breakfast
7 x Lunches in restaurants or with local families
7 x Dinner in restaurants
Cooking class in Toun Armeni
Dance class in the Machanenz Ethno Center
Concert by the women's quintet "Luys"
All transfers in an air-conditioned and comfortable vehicle
All described excursions & trips tickets
All day English-speaking tour guide
Meals & drinks not listed
Insurance
Tip
Flights (Choose the right flight here from our partner AUF UND DAVON)
Note for people with handicaps: This product is generally not suitable for people with disabilities concerning mobility. When making your booking, please ask whether it still meets your individual needs.
DATES & PRICES
Dates;Price p.P. (DBL);SGL;
On Request;On Request; On Request
We will be happy to prepare further appointments for you on request!
1. Fill out the form
2. A member of our team will call you to confirm the booking
3. You pay a deposit and receive confirmation of payment via email
4. After the final payment you will receive all the necessary documents for your tour. Take a trip with us at the appointed time!
Inquiry form for a trip to Armenia!
Telegram WhatsApp Viber Skype Mail Phone
+49 162 809 79 10
kontakt@talisman-reisen.de
© 2022 Talisman Travel